This is my latest video diary.

This is my second time using OBS for recording the video. Still not really comfortable with it, but getting better. I made a classic mistake in that I did the full 16 minutes to camera and then realised I hadn’t pressed record. D’oh!

I touch upon virtual Cons in the video. I think it is important that we support these online conventions. Many small cons may not survive without people picking up the baton and joining in the virtual games.

There is not a lot you can say that is positive about a pandemic, but the way that our hobby has taken to virtual table tops is one of them. I have also seen an increase in popularity in my little solo books.

I honestly feel that this spring as been the easiest time to find playtesters for new games. I am also hoping that this attitude shift towards supporting new indie games and giving them a go continues.

I use my contact list to send out notifications of new booklets, send discount codes and very occasionally to get your opinions on things related to game and gaming, to help me make my little books better. Please consider joining up.

Navigator is out of playtest and Live on DriveThruRPG.

If you have not been following the playtest, and lets face it most people won’t have been, Navigator RPG is a single volume D100 scifi game of high adventure.

The origins of the game come from two ‘parents’.

White Star, Barrel Rider Games. This is an OSR game cast in the style of some of the classic tropes from science fiction cinema. Everything you can imagine from classic cinema is here in an OGL, OSR game.

Space Master, Iron Crown Enterprises. This is ICE’s scifi offering, that has been rather left to languish, unloved for a couple of decades. It took the 1980s ground breaking Rolemaster and cast it into space. Unfortunately it left it there.

Rolemaster is often unfairly bashed as Rulesmaster, for the number of books of optional rules that were published, and Chartmaster for its reliance on mammoth charts, for everything.

Navigator RPG plots a course around the failings in the original versions of both games. Taking the best that both have to offer and dropping that which was unnecessary.

One of the iconic elements of Rolemaster combat was the critical tables. The principle was simple. The better your roll “to hit” the more damage the attack should do. It rejected the idea of rolling a Natural 20 and then rolling a 1 for damage.

Rolemaster introduced critical tables, one for each major type of wound, slashing for swords, piercing for pointy weapons and crushing wounds for bludgeoning, and so on. The wounds were then rolled on the right table and the text gave a description, location and effects. It made for very narrative combats and there was always a chance for an extremely lucky instant kill result.

Navigator RPG keeps that icons narrative rich combat system, slims it down and couples it up with a single volume, complete game in a 144 page hard or softcover premium quality book.

But Navigator RPG is more than that. Each chapter as everything needed to play, and a set of GM tools for making either more or modifying what I have provided. More alien species, more cultures, more professions. The same holds true for just about everything in the game.

Anything that works for Swords & Wizardry can be easily converted to Navigator RPG using the provided conversion rules.

But there is more…

Navigator RPG also comes with the HASP solo system. HASP stands for High Adventure Solo Play and I originally wrote it for HARP and Rolemaster. I have incorporated those rules into Navigator RPG as an integral component.

You can by Navigator RPG today on DriveThruRPG 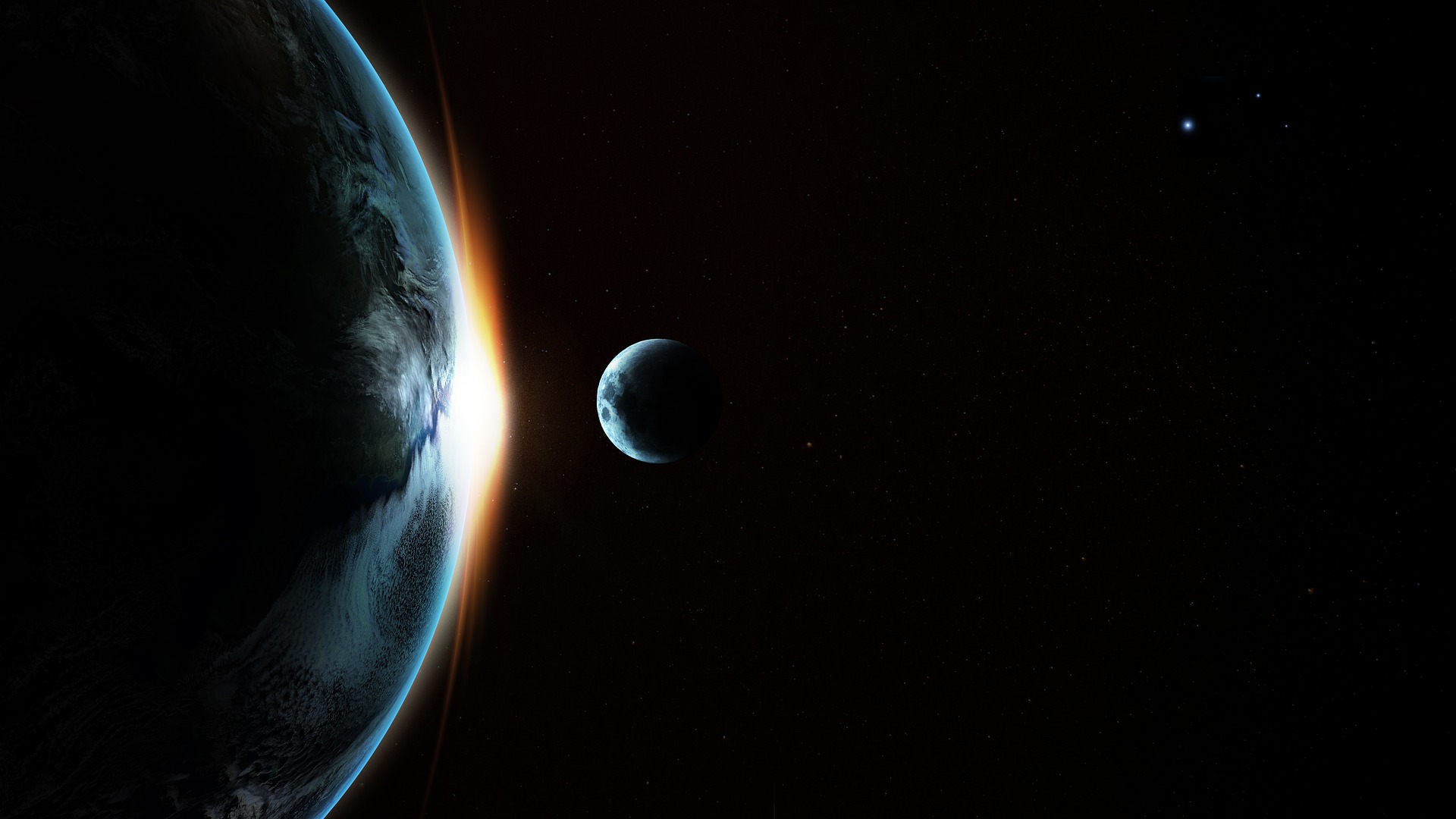 This week I updated the rules for the playtest version of Navigator RPG. I really think that the rules are reaching their final iteration.

You can download the game for free. The game will always be free as a PDF, although the printed rulebooks will have costs attached to them that are unavoidable. From a business perspective, I hope to make the money that keeps the business running on printed books.

You can get the playtest version here:

As always, I am open to comments and suggestions and nothing is set in stone. One of the most fun parts of working in games is art selection. This afternoon I have a table full of art to consider for the final cover. Once that is chosen the files go to print layout.

Over the years, I have tried three different models of funding game design.

Being able to compare all three options, Buy Starter is the least stressful and most enjoyable. If the paytest doesn’t generate the interest and trickle feed of money needed to fund the game development then it probably will not be a successful game.

The converse of that is when you see downloads by the hundred and a flow of funds coming in, it helps motivate and keeps the project forging ahead.

Navigator in this instance is the icebreaker, carving a trail. As soon as the game is live, work starts on the Fantasy version of the ruleset! Looking ahead there is no reason why not to go to places the original d100 system never went, with modern-day, post-apocalypse and steampunk versions. Every one of them inter-operable and coherent! 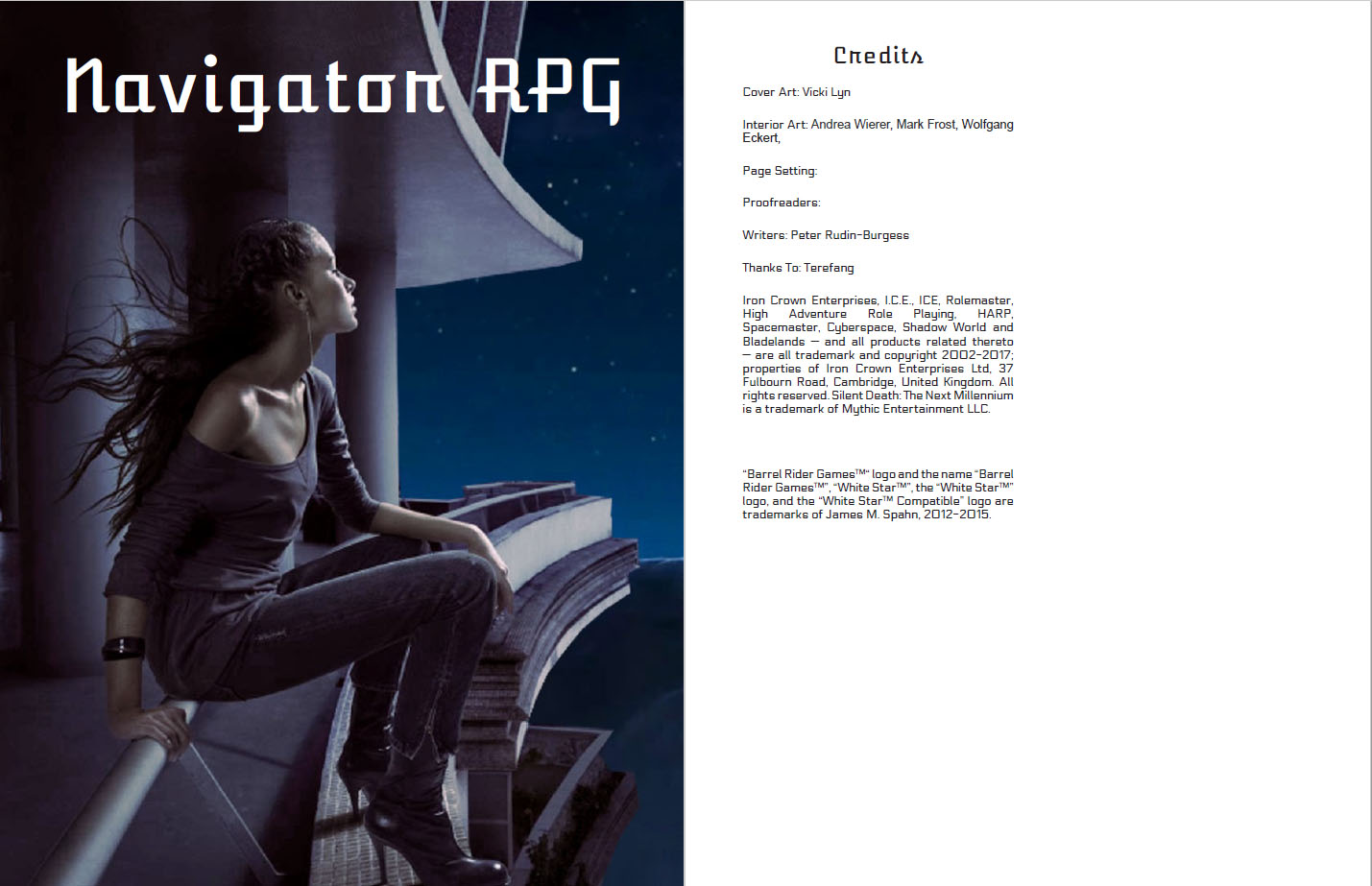 Navigator RPG is a new fusion of two ideas. The first is OGL D&D in space. Or more accurately Swords & Wizardry OGL D&D in space. This of course has already been done and full credit to Barrel Rider Games and their wonderful White Star White Box game.

You cannot have a fusion with some other elements. I have been a long time fan of Rolemaster and particularly the original Space Master. This is a long neglected game and the whole Rolemaster thing has moved away in a very different direction from that original game.

Navigator RPG has taken the OGL White Star and done what the original Iron Crown Enterprises Inc. did to AD&D and turn it into a d100 game of skills and critical driven combat.

Over the decades, and the original Space Master is 40 years old, there have been a few good innovations in Rolemaster. These I have tried to apply to this fusion game.

I enjoy simple role playing systems and being able to adjudicate situations to move the story forward. Others like to have rules so they can plan effectively and not have a GM pull the rug from under them. To accommodate this spectrum Navigator RPG is as much about being a simple Science Fiction RPG as it is about providing a structure and framework from which anything can be developed.

The Open Gaming License actively encourages this fan based extension, variation and remixing of the content. Take the game and do what you want with it.

The current release is the playtest version.

The PDF version of Navigator RPG will always be a free (Pay What You Want) download. Take it and play it, hack it, do what you want. There will also be print on demand books. These cannot be free because of the expense of printing and delivery.

Everybody who downloads the playtest will get the final full colour PDF game, for free.

You can check out the playtest documents on DriveThruRPG.

Below are a few screenshots of the current playtest document. 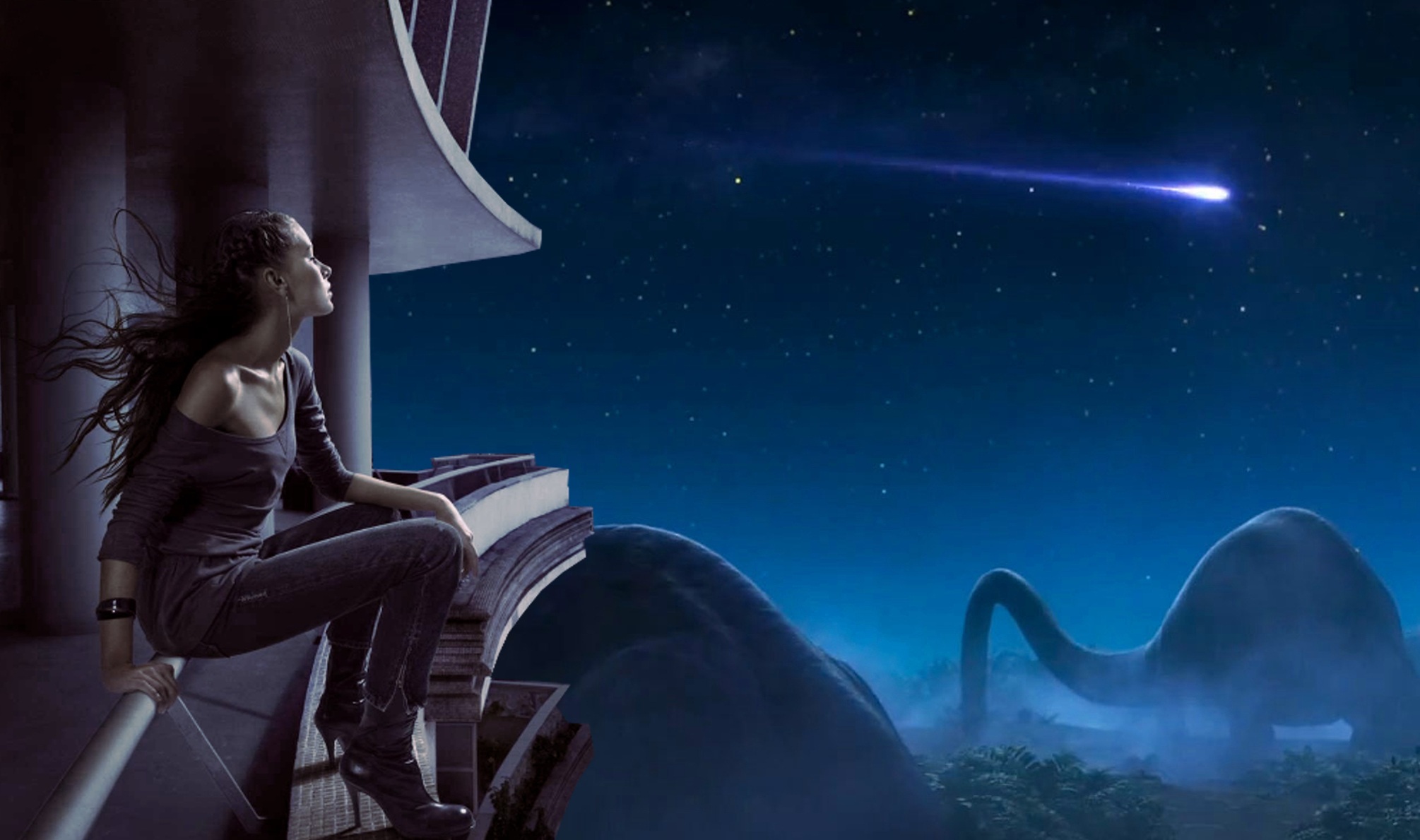 …and there you have the immediate reinforcement of very traditional stereotypes.

Skip forward 40 years and White Star, which I am using as the source material for my retro-clone uses just 80 words for race, culture and profession. Just enough information for you to know the ‘spirit of the profession’. What you want to do with it is entirely up to you.

It is almost as if the old designers set themselves a word count target and then struggled to fill the quote. Before you know it you are thinking “We can make these a bit xenophobic, and these a bit nazi and these can be communists.”

If you just cut all of that out and leave it to the GM and players they can make a game that works for them. In my retro-clone version I have simply dumped all of the 1980s cliches and gone with the White Star minimalist approach. The only differences are that White Star ties race/species to specific professions whereas I have said that anyone can do anything. The second change is that I have included the rules for how to create a new species, culture and profession.

I have included three to six full examples of each so the game is playable ‘out of the box’ but the intention is that the players and GM will make their own universe. As the same rules are applied to every species, every culture and every profession they are all going to be equal. The deciding factor is what you want to do with your game. I will not prescribe anything or tell you how I think your universe should work. By ruling nothing out I am, by extension ruling everything in if you want to add it.

I think the conclusion is that if game designers cannot think of anything more useful to say, stop typing and don’t try to fill the white space. In the physical world you would say if you find yourself stuck in a hole, stop digging.

Join me on Discord to talk to me directly.  Follow