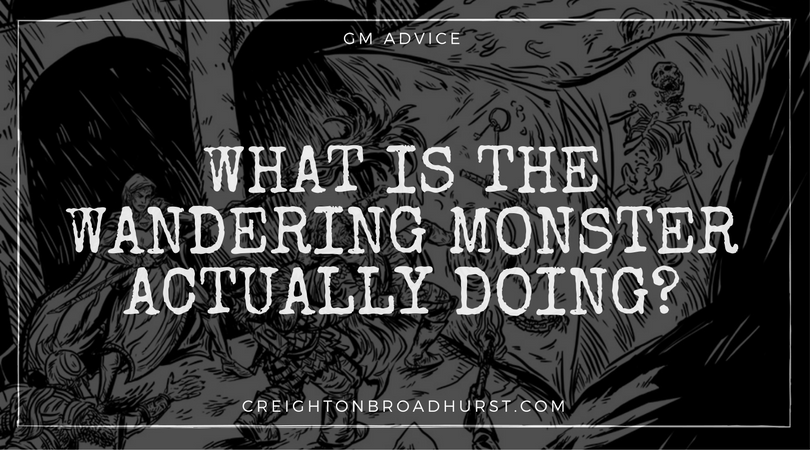 Solo games don’t have loops. They have humps. As there is no need to pass information back and forth between GM and player, the understanding in solo play is perfect, as are the descriptions of the setting and the creation of the atmosphere. The basic core loop in RPGs is

The closest solo play comes to a looping structure is when you need to consult the oracle/GME and most likely for a complex question or situation. Here the process normally follows along something like this.

The biggest hump is at stage 3 & 4. The longer these steps take the greater disruption the player experiences to the continuity of the story and to the suspension of disbelief. I do my absolute best to reduce and remove the burden of stage 3 and the big hump. If you have to roll multiple times on different tables then your focus is not on your game but on the solo rules.

My current project is a solo engine designed for 0D&D/OSR/D&D B/X. It all started with Blades in the Dark and my blades solo rules. Blades has a mechanic called the Fortune Roll that is within a gnat’s whisker of being an oracle. The core mechanic is a pool of up to 3d6 and it can be applied to anything the GM doesn’t know the answer to. I was then thinking about D&D and it’s closest equivalent is just a single d6 . When do wandering monsters appear? Roll 1d6. Is the party surprised? Roll 1d6. Spotting secret doors? 1d6. Want to kick in a door? 1d6. The d20 may get all the glamour but the D&D world turns on a humber d6.

In designing a solo engine for OSR D&D I want to use 1d6 to drive the whole thing. My first ever solo engine was Tiny Solitary Soldiers by Spacejacker and that runs off of 1d6 (well it is 2d6 but one works just as well). So I am going to use that as the core except that I have evolved it a bit over the years. That is fine for an oracle but how do you handle complex questions with just a single d6? I don’t want to go down the route of multiple rolls but just 6 options is clearly not enough to handle complex questions. This is where the greatest disruption happens and the part where I put most of my effort.

Right now, I have only vague and untested answers to how to build a 1d6 complex question answer generator but that is something I will solve this afternoon.

So what does all this have to do with Core Loops? I think it shows that core loops are a way of trying to cope with the failure for any of us to imagine anything in the same way as another person. That is why we need to constantly question and loop back to expand on our descriptions. The way I see the market square will be very different to the way that you see it and the same goes for the traders and the customers.

I do have an ‘ask the audience’ question for you.

I am writing solo rules for OSR games. It just cries out to have a three word name <blank> Solo Rules. Where the blank starts with an O. The rules would then be abbreviated to OSR itself. I am oscillating between 0D&D Solo Rules that gives 0SR, or releasing the rules under a CC 3.0 BY license and then they would be Open Solo Rules which gives OSR. Can anyone else come up with a way of getting an OSR name?

P.S. It was Tiny Solitary Soldiers that I use for Solo Role Play while cycling to work using car number plates for random numbers.