One of the most common starting points for a new game is placing the characters as guards on a wagon train. This variation is intended to be used with experienced players playing inexperienced characters. The characters will face a situation that is spiralling out of their control and cannot be solved at the point of a sword. 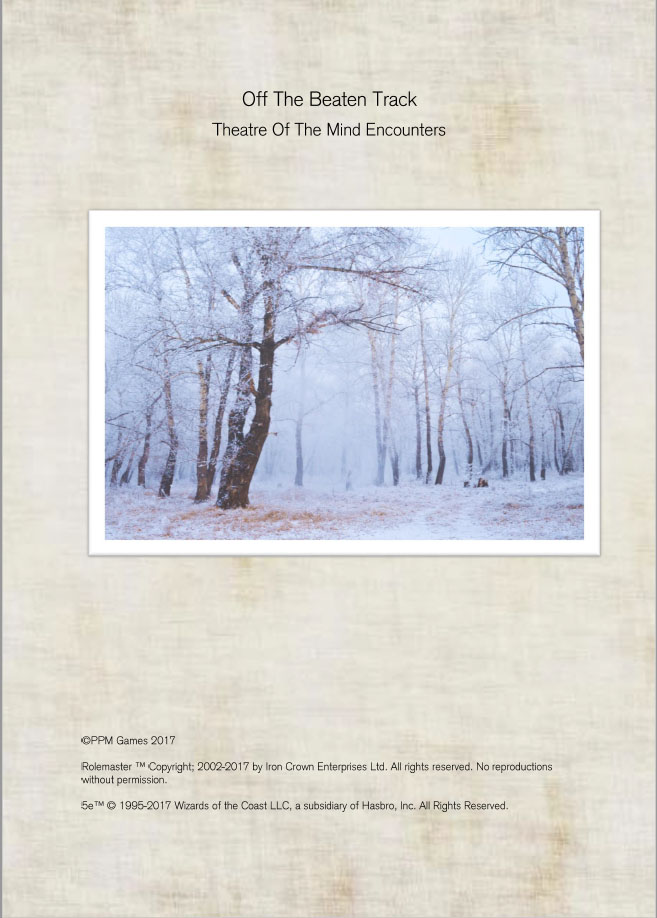