This adventure is about a chase with wolves behind the characters and a Yeti waiting for them ahead and at the same time the characters have to battle the elements. 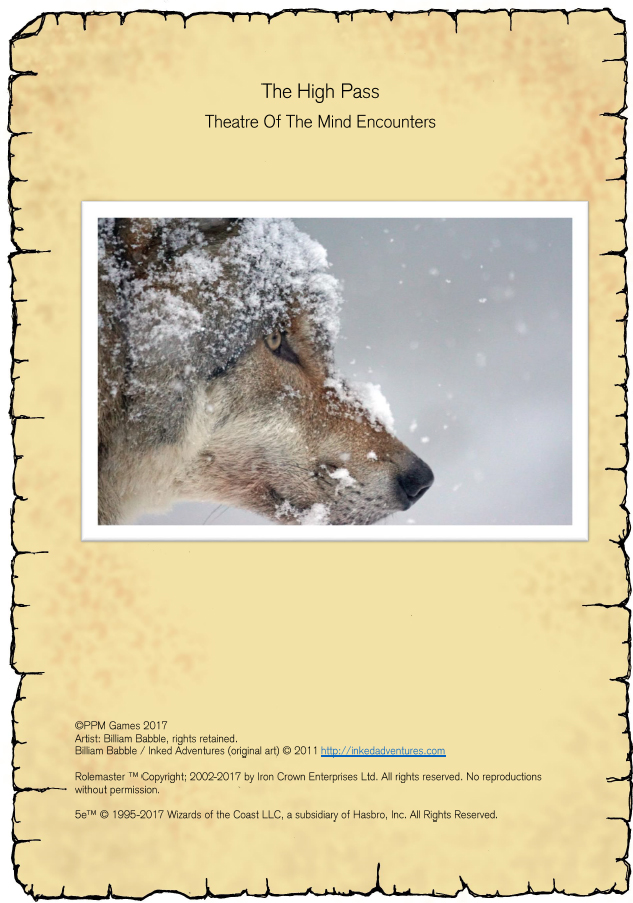 Available now from RPGnow for $0.99