Stars Without Number [SWN] is one of the most popular OSR role playing games ever released. While it is every similar to a lot of dungeons & dragons derived games it diverges when it comes to the skill system. Outside of combat SWN is mostly driven by 2d6 rather than the ever present d20 so common in other OSR games. If you have never solo played an RPG before I will ease you into that as it is a different experience to any other form of role playing.

How This Book is Organised

All the rules in this book are at the front. You then get three useful record keeping pages which you may print multiple copies of for your own use. Finally, there are ten pages of ‘game icons’. These you may also print off if you prefer to have them on paper. 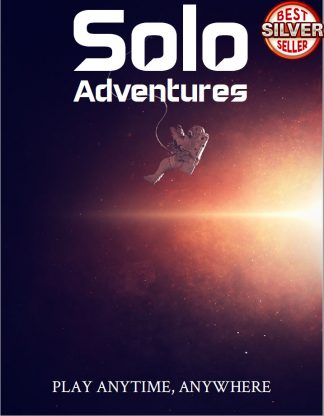