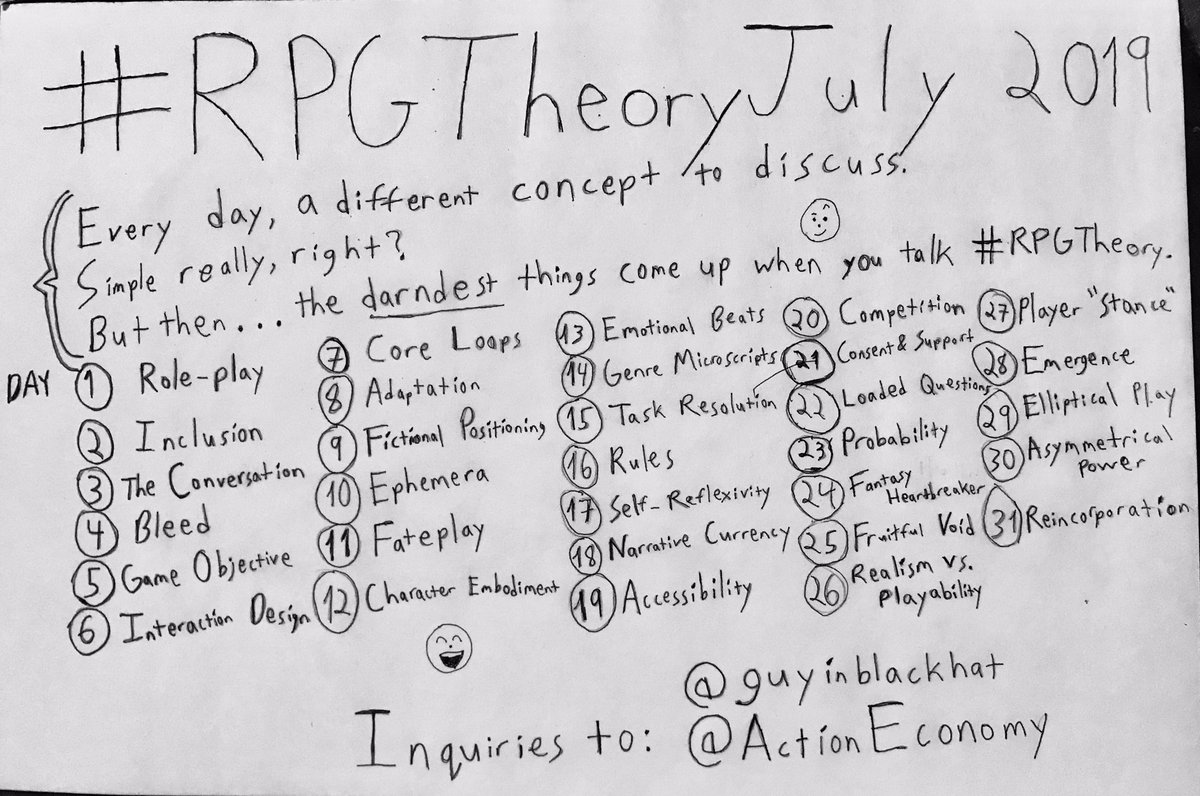 Player stance is not really a design issue it is about how the player is playing the character. There are generally three player stances and one that is normally reserved for the GM.

The player stances are Actor, Author and Director. The forth stance is that of Pawn and is what happens when the GM is moving bit part NPCs around with no more thought than whether should run away or not.

Players can fluidly move between stances, talking in character is Actor stance, describing the characters movements is Author stance and making decisions about the environment is Director stance.

A game can encourage or discourage the use of Director stance by players. If you use a fate or fortune point change a dice roll so you don’t die that is pure mechanics, if you play the point and describe how at the last second blocked the blow using a sack of flour you are using Director stance, controlling the scene and creating props.

Some games, such as fate actively encourage player collaborations to create the world and scene descriptions. This is encouraging Director stance. Other games put all that power only in the hands of the GM.

More often the player will flip between Actor and Author stances. Describing actions and what was said and how it was said in Author stance and moving to Actor stance when addressed in character or when reacting based upon their backstory, motivations and alignment. Deeply personal reactions for the character are Actor stance moments.

The mix between Actor and Athor can be down to the player and how comfortable they are at play acting in front of the other players.

The solo player has access to all four stances all the time regardless of the game designers ideas on the subject. There is no barrier to playing in any style and certainly no social pressure to adopt one style over another.

This doesn’t mean that you can just manipulate the world to your own advantage, well you can but… in solo play the question and answer mechanics can create facts that you need to respect, exits are there or not there, there is or isn’t a life raft. They are facts and part of the game. On the other hand many game world choices will never go to the Oracle. If it seems obvious then you don’t ask, you just decide and make it so.

The line between Actor and Author stances in solo play is more blurred. I certainly see my character from outside, I am not seeing through his eyes. I know his motives, his words and feelings and play these out, which is all Actor stance but at the same time I am watching the scenes unfold very much in the third person in my minds eye.

For solo play this has the most potential for doing more work. I have recently become enamoured with PbtA clocks. As soon as there is some event happening off camera you start a clock and it counts down. When you are sneaking around each failed stealth action could count down the clock one tick until the security guards are alerted.

You could have a clock that really was time based and every 30 seconds of game time it counted down. When it counts down the police arrive.

Clocks are the thing that has my attention now and they have the potential to direct the arrival on scene of pawns. There is a 1d6 mechanic in the One Page Solo rules for directing combatants actions on a random bases.

Here is the really cool bit of this post! Everyone knows there are supposedly five stages to guilt. I was reading today that there is an anger cycle that goes something like Rest Phase (not angry), Build Up Phase, Outburst phase, Guilt/Remorse Phase. So rather than rolling a 1d6 to see of this random NPC who the oracle doesn’t like you attacks, we could roll a d4 and place them on an anger cycle.If they are hostile and you get them in the Outburst phase you can imagine what happens. If they are in the build up phase then your actions and roleplaying could move them into outburst or maybe calm them.

We could rationalise the five stages of grief down to four stages and now we have two viable NPC mind state cycles. I did a quick search and found four stages of love: Phase 1: Falling In Love Phase 2: Becoming a Couple  Phase 3: Disillusionment  Phase 4: Real, Lasting Love.

I cannot help but think that with a bit of work even pawns and their behaviour could be resolved using a simplistic oracle tool.