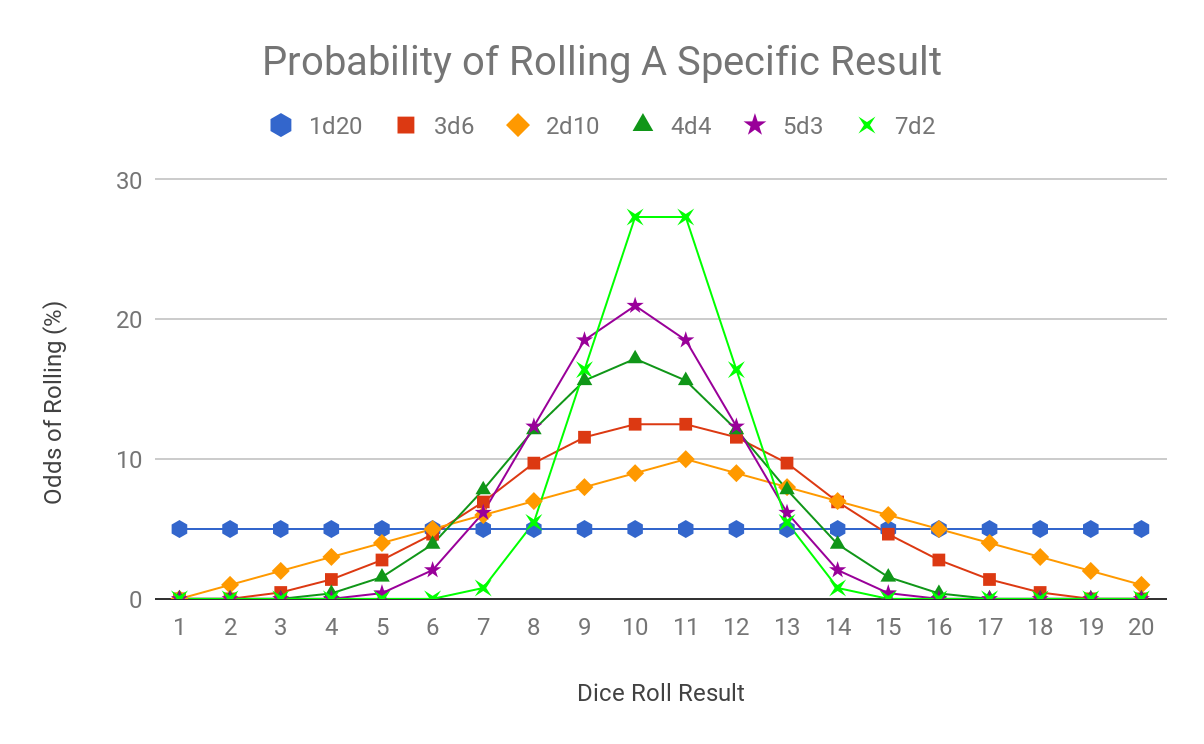 There are times when probability is your friend and times when it is really awkward!

In almost every RPG the probabilities are just slightly skewed in the favour of the player characters. The point of that is so that stories get a chance to progress and move forward. If it was you or I dumped into a world saving situation I would be rather worried about the world’s future. That is because the world is not skewed in my favour.

The game theory implications of skewing the probabilities in the players favour is a tightrope. If starting characters are too competent then the game is likely to lack challenge. Too little bias and the characters fail too often and the game becomes frustrating.

Getting the balance right is a designers decision and reverberates right through the whole way the game plays.

Probability is a lever that a designer and pull and during play testing you can try different probabilities, varying biases between success and failure.

As a solo rules designer for other people’s systems I have to deal with the design choices made by other designers. With an Oracle the player can skew the probabilities themselves by deciding the likelihood of a yes or no answer. The challenge for me is to build an Oracle that gives equal chances to the extremes of yes and… and no and… results.

Oracles are not the problem.

The hardest challenge yet has been the open question tool in Solo Fate. Fate Dice, most typically 4dF, have a range of -4 to +4 and and strong bias to -2 to +2. Even with just 9 possible results it is very hard to build a wide ranging open question tool. In this case there are not enough possible results to attach possible answers to. At the same time the bias to just five of of the nine options meant that using 4dF when you really want hundreds or thousands of possible answers was the big challenge.

So the lesson to take away is that while dice allow you to play with possibilities they also open and close doors. Make your game d100 and it may be perceived as more complex, make it 1d6 and it may appear simplistic. Start to sum the results of dice and you get probability curves and the more dice the more of a bell curve you get with the extremes becoming much less likely than the median values.

Once you have just 6 or 9 possible answers then a 10th or 11th option may need an entirely new mechanic. I am damn sure that was the birth of the d66 and d666. A designers desire to look nice and simple and stick with d6s but then needing random tables with plenty of variety.